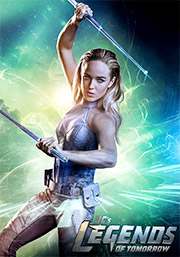 DC’s Legends of Tomorrow, or simply Legends of Tomorrow, is an American time travel superhero television series developed by Greg Berlanti, Marc Guggenheim, Andrew Kreisberg, and Phil Klemmer, who are also executive producers along with Sarah Schechter and Chris Fedak; Klemmer and Fedak originally served as showrunners, while Keto Shimizu became co-showrunner with Klemmer starting with the fourth season. The series, based on the characters of DC Comics,[1] premiered on The CW on January 21, 2016, and ran for seven seasons until March 2, 2022, before its cancellation on April 29. It is a spin-off set in the Arrowverse and features characters introduced in Arrow and The Flash, along with new characters.