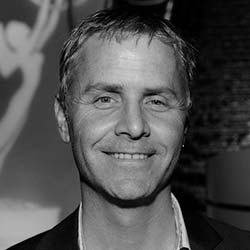 Neely has contributed to and been credited on dozens of film and TV projects over the years such as: Everwood (which earned him a 2003 Emmy Award nomination for the theme), on the first three Pirates of the Caribbeanfilms, King Kong, The Last Samurai, The Great Buck Howard and many more. Other film projects in which he is the sole composer are Elvis and Anabelle, Starter for 10, and The Wedding Date.