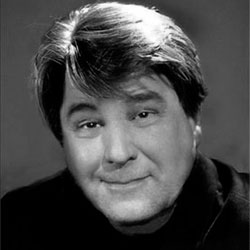 Christopher Young (born April 28, 1958) is an American music composer for both film and television.

Many of his music compositions are for horror films, including Hellraiser, Tales from the Hood, A Nightmare on Elm Street 2: Freddy’s Revenge, Urban Legend, and Drag Me to Hell. Other works include Lucky You and Spider-Man 3, for which he received the Film & TV Music Award for Best Score for a Dramatic Feature Film. He also made three cameo appearances in Spider-Man 3.

Young was honored with the prestigious Richard Kirk award at the 2008 BMI Film and TV Awards. The award is given annually to a composer who has made significant contributions to film and television music.