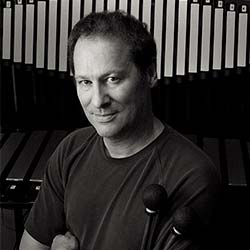 Cliff Martinez (born February 5, 1954) is an American musician and composer. Early in his career, Martinez was known as a drummer notably with the Red Hot Chili Peppers and Captain Beefheart. Since the 1990s he has worked primarily as a film score composer, writing music for Sex, Lies, and Videotape, Drive, Only God Forgives, The Neon Demon, Spring Breakers, Contagion, Solaris, The Foreigner, and Traffic.