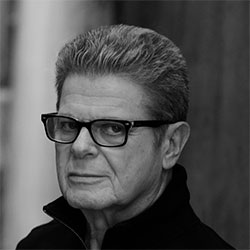 Gustavo Alfredo Santaolalla (born 19 August 1951) is an Argentine musician, film composer and producer. He has won Academy Awards for Best Original Score in two consecutive years, for Brokeback Mountain in 2005, and Babel in 2006. More recently, he composed the original score for the video game The Last of Us, and the theme music for the Netflix series Making a Murderer.