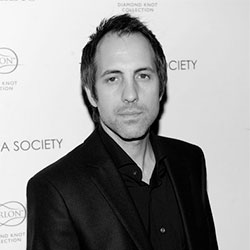 Marc Streitenfeld (born 1974) is a German composer of film scores. He has frequently collaborated with director Ridley Scott. Streitenfeld has composed the music for many high-profile Hollywood features as well as critically acclaimed independent films, including American Gangster, Body of Lies, The Grey, Prometheus, Poltergeist and All I See Is You.