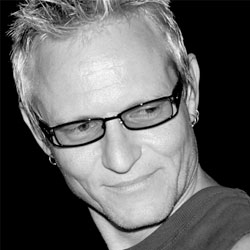 South African born Mark Kilian has had a successful and eclectic film scoring career since moving to Los Angeles in 1994. He is most known for his ethnic flavored scores like the oscar winning Tsotsi, Traitor, Rendtion, Bless Me Ultima, and Before The Rains. His most recent scores include Revenge Of The Green Dragons (executive produced by Martin Scorsese,) John Carpenter’s The Ward, Trust Me (Clark Gregg, Felicity Huffman, Sam Rockwell, William H Macy,) Seal Team 8 (Tom Sizemore,) Repentance (Forest Whitaker,) and Pitch Perfect for which he has a platinum album for soundtrack sales. His TV work includes HBO’s 41, ABC’s Killer Women and Daybreak. He has also written music for many TV commercials including Apple, Toyota, Budweiser, American Express and Microsoft. He has 3 albums out under the name ‘The Gravy Street’ which have received airplay in Los Angeles and also 2 albums with the electronica duo ‘Ape Quartet.’