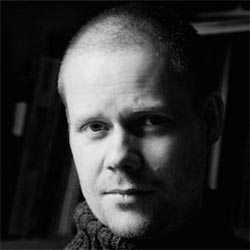 Max Richter (born 22 March 1966) is a German-born British composer who has been an influential voice in post-minimalist composition and in the meeting of contemporary classical and alternative popular musical styles since the early 2000s. Richter is classically trained, having graduated in composition from the Royal Academy of Music and studied with Luciano Berio in Italy.