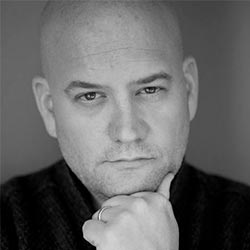 Trevor Morris (born 25 May 1970) is a Canadian orchestral composer and music producer. He is probably best known for creating the soundtracks for the television shows The Tudors, The Pillars of the Earth, The Borgias, and Vikings, the film Olympus Has Fallen and its sequel London Has Fallen, and the video game Dragon Age: Inquisition. He has recently been nominated for an Emmy for Outstanding Original Main Title Theme Music for his score for The Borgias and an Emmy for Outstanding Music Composition for a Miniseries, Movie or A Special (Original Dramatic Score) for his score for The Pillars of the Earth.