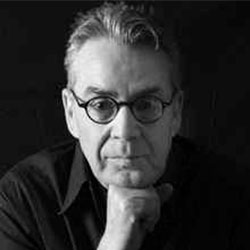 Howard Leslie Shore OC (born October 18, 1946) is a Canadian composer who is notable for his film scores. He has composed the scores for over 80 films, most notably the scores for The Lord of the Rings and The Hobbitfilm trilogies. He won three Academy Awards for his work on the first trilogy, with one being for the original song “Into the West”, an award he shared with Eurythmics lead vocalist Annie Lennox and writer/producer Fran Walsh, who wrote the lyrics. He is also a consistent collaborator with director David Cronenberg, having scored all but one of his films since 1979.

Shore has also composed a few concert works including one opera, The Fly, based on the plot of Cronenberg’s 1986 film premiered at the Théâtre du Châtelet in Paris on July 2, 2008, a short piece Fanfare for the Wanamaker Organ and the Philadelphia Orchestra, and a short overture for the Swiss 21st Century Symphony Orchestra.