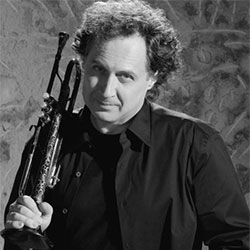 Mark Ware Isham (born September 7, 1951) is an American musician. A trumpeter and synthesist, he works in a variety of genres, including jazz and electronic.[1][2] He is also a film composer, having worked on films and television series, including The Hitcher, Point Break, Of Mice and Men, Nell, Blade, Crash and Once Upon a Time.